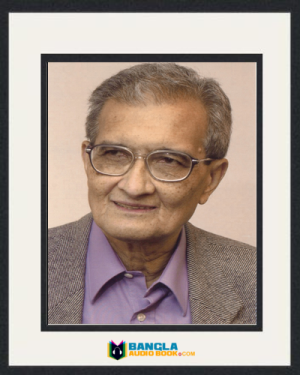 Amartya Sen was born on 3rd November 1933. He is a Bangladeshi- Indian Nobel prize winner. He is also an economist, philosopher and writer. In 1998 he got Bank of Sweden Award which is known by Nobel Prize of Economics for economic theories of famines, social justice and social theory. He is the man who invented Human Developments Indicatives for developing UNO human resource development and different countries education. He is the first man who got National Humanities Medal in America. Presently he is the professor of Thomas W. Lamont University and Harvard University. His writing books are published in 30 languages since last forty years. He is the trusty of economist for piece and security. In 2006 Time Magazine told him that he is an Indian hero and in 2010 he placed a position in 100 powerful men.

Amartya Sen Early life:  He was born in Manikgonj, Bangladesh. His old place is in Dhaka. It is said, Rabindranath gave him a name Amarta which meaning is immortal.Atmartya was born in an aristocratic family. His grandfather Chancellor Kshiti Mohan Sen was a scholar and associate of Rabindranath Tagore. Some more he was the professor of cultural language and second chancellor of Visva-Bharati University. Amartya Sen father Professor Ashutosh Sen who was a professor of chemistry in Dhaka University and mother was Amita Sen.

Amartya Sen Educational life: Sen admitted in St. Gregory’s high school in 1941. After partition of India Amartya Sen family went to India and admitted in Visva Bharati University School. In 1953 he achieved his BA degree with first class in economics from Kolkata Presidency College. That year he went to Cambridge University of Trinity College and earned BA (honor’s) degree in 1956. Same year he elected Cambridge association president. In 1959 he has completed his PhD degree from Trinity College.

Awards: Amartya Sen achieved 102 honorary degrees. He got Nobel Prize for economics in 1998. His awards and honors are; Foreign Honorary Member of the American Academy of Arts and Sciences (1981), honorary fellowship by the Institute of Social Studies (1982), Bharat Ratna ‘the highest civilian award in India’ by the President of India (1999), the honorary citizenship of Bangladesh by Sheikh Hasina (1999), Leontief Prize for his outstanding contribution to economic theory from the Global Development and Environment Institute (2000), awarded the Eisenhower Medal for Leadership and Service USA (2000), 351st Commencement Speaker of Harvard University (2000), International Humanist Award from the International Humanist and Ethical Union (2002), Lifetime Achievement Award by the Indian Chamber of Commerce (2003), The National Humanities Medal will be given to Amartya Sen by US Govt. (2011) and many others.