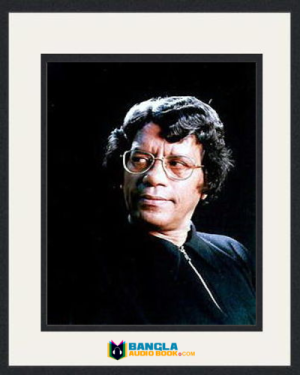 Humayun Azad was born on 28 April 1947 in Munshigonj, Dhaka, Bangladesh. He was a Bangladeshi poet, novelist, story writer, researcher, author, scholar and linguist. In 1980 he started to write column in newspaper against social political issues and religion. He established himself as a freethinker and showed him as an agnostic. Sometime he also criticized religion specially Islam. His writing story Nari (1992), dithio lingo (2001), pak sar jamin sad bad (2004) was banned by Bangladesh government. His publications are more than seventy. In his life and after life he wrote ten (10) stories, thirteen (13) novels, twenty two (22) criticisms, eight (8) teenage literatures and seven (7) linguistics.

Azad was born in the district of Bikrompur, Munshigonj in his grandfather’s house. His birth time name was Humayun Kabir. In 1988 he changed his name. His father was Abdur Rashed who was a school teacher and later he did business. His mother was Jobeda Khatun who was a homemaker. Azad is the first child of his siblings. In 1992 his father was died and first 15 years of his boyhood he raised himself beside natural environment. He passed his S.S.C from Sir J.C. Bose Institute in 1962 and H.S.C from Dhaka College in 1964. He had completed his graduation on Bangla literature from Dhaka University in 1967 and in 1968 he completed post graduation. In 1976 he obtained his PhD on linguistics from Edinburgh University and his subject was “Pronominalization in Bengali”.
Humayun Azad Work life: Azad was a teacher in his profession. In 1969 he was a lecturer in Chittagong College. He joined as a lecturer of Bengali department in Chittagong University in 1970. Later he joined in Jahangirnagar University in 1972. Finally he joined Dhaka University in 1978 as an associate professor of Bengali department and in 1986 he ranked to professor.

Azad married Latifa Kohinnor in 1975. They have two daughters and one son named by Mouli Azad, Smita Azad and Ononno Azad. From 2001 to 2005 “Moulabad” has spread in Bangladesh and Azad started writing against this one and he wrote a book named by pak sar jamin shad bhad. In this book he wrote against Bangladeshi Islamic Party Jamaatul Islami and told them as a Fasibadi association.

At the end of 1980 Azad gave some speech in news channel on present political situation. That time he wrote some column on weekly magazine “Khoborer Khagoj”.
Humayun Azad Linguistics and Literary Life: In 1984 he published a bangla book called “bhakkotottho”. At the end of 1990 he composed a bangla grammar but he could not implement this one because he died earlier. He wrote much poetry, fictions, criticism, linguistics, teenage literature and others.
Poetry: Aloukik Ishtimar, Jolo Chitabagh, Kabya Shonggroho etc.
Fictions: Chappanno Hazar Borgomile, Rajnitibidgon, Shob Kichu Bhenge Pore etc.
Criticism: Rabindraprobondho/Rashtro O Shomajchinta, Nibir Nilima, Amar Abishshash etc.
Linguistics: Pronominalization in Bengali, Bakkototto and many more.
Humayun Azad Award: Azad has received many awards and they are Bangla Academy Award (1986), Ekushey Padak (2012), mercantile bank award (2004) and more.

On 12 August 2004 Azad dead in Germany in his apartment. Where he had arrived a week earlier to conduct research German romantic poet Heinrich Heine. Several months after the Islamists’ machete attack on him at a book fair which had left him grievously injured. His family demanded an investigation on his death. He was buried in Rarhikhal in his village home in Bangladesh.