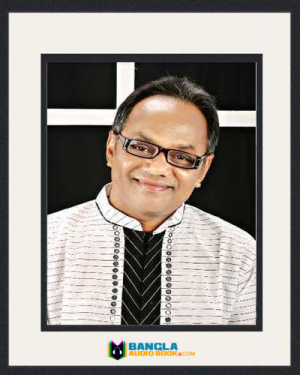 Imdadul Haq Milon was born on 8th september 1955. He is a famous Bangladeshi writer and drama director and producer. He writes very popular story, novel and drama. He exposed himself first time as a children story writer in a newspaper called “kishore Bangla”. He attracted his readers when he wrote a short story shajani which was published in a weekly magazine Bichitra in1977.

Writer Imdadul Haq Milon was born in 1955 in the village of Medinimondol which is Under Bikrompur in his maternal grandfather’s house. Later he moved to Gendaria in Dhaka. His father lived in Louhajong thana at Munshigonj district. His parents name is Giasuddin Khan and Anwara Begum. Milon has completed his S.S.C from Kazir Pagla High school in 1972 and H.S.C from Jagannath College (now Jagannath University) in 1974. He has completed his graduation from Jagannath College in1979.

Milon is very popular both in Bangladesh and Kolkata. His novel Nurjahan is very famous in both countries. Presently he is an acting editor of Daily Kaler Kontho. He also works as a TV personality in a talk show called Ki Kotha Tahar Sone.

Works: He has published many books and they are given below:

Based On liberation war: Kalo Ghora and Gherao and many more.