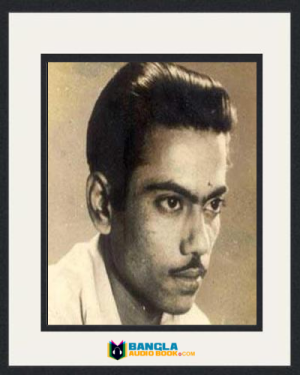 Zahir Raihan was born on 19 august 1935 in the district of Feni, Bangladesh. He was a famous Bangladeshi cinema director, novelist and writer. Another name was Mohammad Zahirullah. He was best known for his best documentary Stop Genocide which was based on liberation war of Bangladesh.

Zahir raihan was born in 1935 in the village of Majupur which is under district of Feni. After the partition of Bengal (former name East Pakistan) in 1947 he along with his family returned to Bangladesh from Calcutta. He had completed his graduation from Dhaka University in 1958 and the subject was Bengali. In his personal life he married two times. In 1961 he married Sumita Debi and in 1966 he married Suchanda. Both of his wife’s were famous cinema actresses.

Zahir Raihan has received his post graduation in Bengali Literature. His literary and journalism life has started in 1950. He started his journalist career in a newspaper called “Juger Alo”. Later he worked in some newspaper named by khapchara, jantrick and cinema. In 1956 he joined as an editor in “probah Patrika”. His first story “Shurjograhan” was published in 1955. He entered cinema world in 1957 as an assistant director and the movie was “jago huya Sabera”. He also worked as an assistant in the film je nodi morupothe which was directed by Salahuddin. Famous director Ehtesham invited him to compose a title song for his movie ae desh tomar. In 1961 he directed first time his movie Kokhono aseni. Jahir first made a color movie in Pakistan named by Sanagm, later he directed bahana by the following year. Zahir actively participated to language movement and he was present 21st February historical Amtola meeting. From inspiring language movement he made a movie called jibon theke neya. He also took part in the “Gano Obhyuthyan” in 1969. He left to Kolkata when liberation was started. After watching his jibon theke neya movie many Kolkata directors praised him. Though he was in financial problem he donated for liberation war in 1971.

Zahir Raihan is a very famous and popular writer. He wrote many books and they are given below:

On 30 December 1971 Raihan went out to locate his brother and he never came back. Perhaps he was killed by Pakistani army or local collaborator in Mirpur at the end of liberation war of Bangladesh.