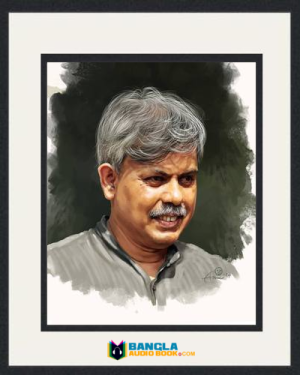 Anisul Haque was born in 4’th march 1965. He is a Bangladeshi writer, poet and journalist. Presently he is working in daily “Prothom Alo” as an associate editor. His writing book “MA” (mother) is very popular which is based on liberation war of Bangladesh.
Birthplace:Anisul Haque was born in Nilphamari under division of Rangpur. His parents name is Md. Mofazzal Haque and Ms. Anwara Begum. His wife’s name is Marina Yasmin and they have a daughter named by Padya Paramita.
Educational Life: He has passed his S.S.C from Rangpur Zilla School with 3rd merit list in Rajshahi Board and H.S.C from Rangpur Carmichael College with 8’th merit list. Later he has completed his graduation from BUET as a civil engineer.
work and Literary Life: In 1996 Anisul Haque joined in Bangladesh Railway. The he left his job and come to journalism profession. From 1987 to 1991 he worked in weekly deshbondhu , purbavash and khoborer kagoj newspaper. From 1993 t0 1998 he worked in Daily Bhorer Kagoj as a assistant editor. Now he is working in Daily prothom Alo. Actually he loves to write and regularly he writes column in newspaper. When he was a student of BUET he wrote many poems. Later he writes other things beside poem. He attended international writing program at the University of Lowa in 2010. He writes many stories, novel, drama, comedy and cinema. His stories are “je sopno dekhte janto, ajkalkar valobasr golpo”, poems are “khola chiti sundore kase, jol rong padma, ami achi amar onole, novels are “ma, kheyaghat, se, fand, bristibondhu”, cartoons are “raja jai raja ase, sei ghada sei pani”, television drama are “ekhanoborti, choruibati, 69, korimon bewa”, and cinemas are “bachelor, made in Bangladesh, television, third person singular number’’ and many more.